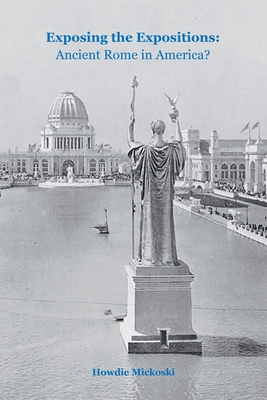 By Howdie Mickoski
$16.95
Email or call for price.

Have we been lied to? The historical period between 1851-1920 may be no exception. During that time Great Expositions (Fairs) were built worldwide: Chicago 1893, Paris 1900, St. Louis 1904, San Francisco 1915. These giant up to 1200 acre expos were built in impossible times of less than two years, then following the end of the event, they were purposely destroyed and thrown into landfills. Each of these fairs were built to resemble Ancient Rome, and I believe that was no accident. But were the buildings of these World Expositions newly constructed in the 1890's, or older ones- part of a civilization that was coexisting with Ancient Rome and Greece, and simply restored and painted? This book looks at these questions and more.