Evening in the Yellow Wood (Paperback) 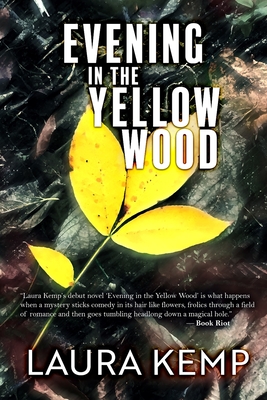 Abandoned by an eccentric father on the eve of her twelfth birthday, Justine Cook has lived with her fair share of unanswered questions. Now, ten years later she leaves her life in southern Michigan and heads north to the mysterious town of Lantern Creek after seeing his picture in a local newspaper. Once there, she discovers her father had been leading a double life and meets the autistic brother she never knew-a young man who is mute but able to read her mind.

When a local girl who looks like Justine is mysteriously murdered, she joins forces with sheriff's deputy Dylan Locke to capture the killer. But the more they dig for clues to the past, the closer they come to discovering a secret someone will kill to protect. Justine begins to show signs of supernatural power and eventually must stop an immortal enemy that has hunted her family for generations.