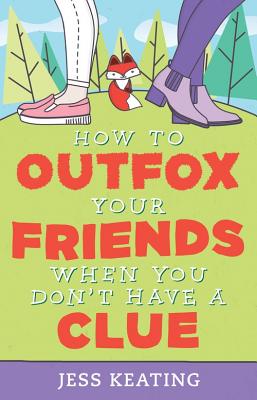 This is book number 3 in the My Life Is a Zoo series.

What would middle school be like if you lived in a zoo? Just ask Ana Wright, star of the hilarious, award-nominated My Life is A Zoo series that combines first crushes, friendship fails...and pack dynamics.

Surprise Ana's long distance BFF is finally coming back to visit. But with her purple hair and new attitude, Liv is barely the girl Ana remembers. This new Liv probably thinks a birthday party at the zoo is lame. Maybe if Ana has a super-secret sleepover instead, she'd never have to introduce Liv to Ashley, former enemy and now Ana's best-ish friend. What could go wrong?

Creature File for Liv:
Species Name: Best Frendicus
Kingdom: New Zealand
Phylum: girl who used to be Ana Wright's best friend, girl who used to like getting milkshakes at Shaken, Not Stirred
Feeds on: video chats with Leilani, attention from boys
Life span: undetermined, but if things keep going the way they are, the lifespan of Ana and Liv, BFFs isn't going to be the "forever" they thought...

Praise for How to Outrun a Crocodile When Your Shoes Are Untied (My Life is a Zoo Book 1):
2015 Red Maple Award nominee
2015-2016 Georgia Children's Book Award nominee
"Keating delivers a fun-filled, pitch-perfect book...about the perils of being 12 in a snake-eat-snake world."--Kirkus STARRED Review
"Life is literally a zoo for shy twelve-year-old Anna, who is trying to avoid seventh-grade bullies while hiding that her family lives among crocodiles and elephants."--Los Angeles Times
"A menagerie of laugh-out-loud antics."--Anna Staniszewski, author of The Dirt Diary
"A wild romp, filled with humor and heart."--Lisa Schroeder, author of It's Raining Cupcakes