Environmental Problems of the Greeks and Romans: Ecology in the Ancient Mediterranean (Ancient Society and History) (Paperback) 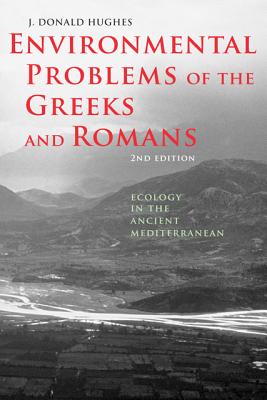 How did ancient societies change the environment and how do their actions continue to affect us today?

In this dramatically revised and expanded second edition of the work entitled Pan's Travail, J. Donald Hughes examines the environmental history of the classical period and argues that the decline of ancient civilizations resulted in part from their exploitation of the natural world. Focusing on Greece and Rome, as well as areas subject to their influences, Hughes offers a detailed look at the impact of humans and their technologies on the ecology of the Mediterranean basin.

Evidence of deforestation in ancient Greece, the remains of Roman aqueducts and mines, and paintings on centuries-old pottery that depict agricultural activities document ancient actions that resulted in detrimental consequences to the environment. Hughes compares the ancient world's environmental problems to other persistent social problems and discusses attitudes toward nature expressed in Greek and Latin literature.

In addition to extensive revisions based on the latest research, this new edition includes photographs from Hughes's worldwide excursions, a new chapter on warfare and the environment, and an updated bibliography.