The Vindolanda Tablets and the Ancient Economy (BAR British #544) (Paperback) 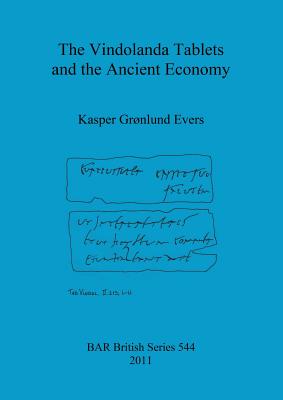 The Vindolanda Tablets are rightly famous for the insights they provide into the life of Roman auxiliaries on the province of Britain's northern frontier around the turn of the first century AD. This study focuses on the various kinds of evidence provided for economic activity in the early Roman Empire, the aim is to investigate how best to comprehend the economic system attested at Vindolanda and to consider the wider implications for studies of the ancient economy in general. This is accomplished by a three-step approach: first, the nature of the Vindolandan evidence is assessed, and the state of research on both studies of the ancient economy and the economy of early Roman Britain is accounted for, so as to highlight the value of the Vindolanda Tablets and lay the ground for the interpretations which follow. Second, the economic activities attested by the tablets are analysed in terms of market exchange, redistribution and reciprocity, and each category is developed to suit the unique character of the evidence. Moreover, select phenomena attested at Vindolanda are compared or contrasted with evidence from similar Roman frontier establishments in other places and periods of antiquity. Third, a model is outlined which takes into account the different economic behaviours revealed by the tablets and attempts to fit them together into one coherent, economic system, whilst also relating the activities to questions of scale in the ancient economy; moreover, the conclusions drawn in the study are discussed and compared with those of the most important authors on the subject, and the value and potential of the findings made are put into a wider perspective.