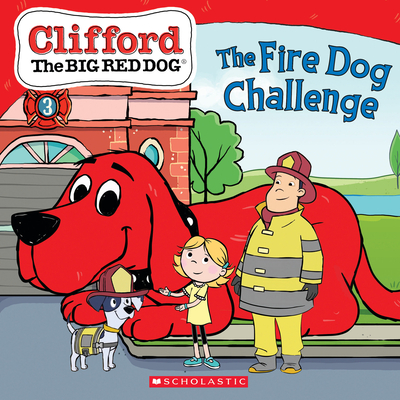 Can Clifford's friend Tucker make his dreams of becoming a firehouse dog come true?It's time for the Fire Dog Challenge at the Birdwell Island Fire Department! Clifford's friend Tucker is trying to earn his Bravery Badge and become a firehouse dog. But Tucker is afraid of some of the tasks. If he can't finish the Fire Dog Challenge, he'll never become firehouse dog.Luckily, Tucker's friends come to the rescue. Clifford and Emily Elizabeth team up to help Tucker overcome his fears and earn his Bravery Badge -- and have lots of fun along the way! Featuring adorable art from the new TV show, fire safety information, and a full page of stickers!

MEREDITH RUSU is the author of more than fifty children’s books, specializing in titles based on television and movies such as LEGO ® Ninjago, Peppa Pig®, and Star Wars ®. She is also the author of The DATA Set series under the name Ada Hopper. Meredith lives in New Jersey with her husband and two young sons who provide much of the inspiration for her writing. When she isn’t working, Meredith enjoys karaoke, spending time with family, and going on the occasional adventure or two.

Norman Bridwell was the author and illustrator of numerous children's books, including the beloved Clifford series. The delightful stories about a big red dog named Clifford and his friend, Emily Elizabeth, have sold over 126 million copies in 13 languages!
About Kobo eBooks