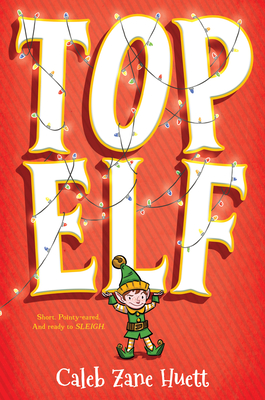 The elves can't be kept on shelves in this hilarious middle-grade debut about what happens when Santa opens a contest to find his successor.These elves are off the shelves.Ollie and Celia think they know what the life of an elf is supposed to be like: Make toys. Help Santa. Make more toys. Help Santa. Try out a new ice-cream flavor. Help Santa.But then Santa rocks the North Pole with a surprise announcement! He's decided this is going to be his last year in the Big Red Suit--and instead of letting his oldest son, the unfortunately named Klaus Claus, take over, he's opening up the job to any kid who wants to apply--Claus or elf. The Santa Trials have begun!Ollie and Celia enter the contest, having no idea whatsoever that they'll soon have to squeeze through impossible chimneys, race runaway sleighs, sweet-talk a squad of rowdy reindeer, and consume cruel amounts of cookies and milk. It's both an adventure and a survival test, far beyond what any elf or Claus has been asked to do before. But whoever rises to the top will get a reward even bigger than Christmas . . .

Caleb Zane Huett is a tabletop gamemaster, former bookseller, and definitely not a dog with a pen name. He’s a graduate of the University of Georgia, and he’s really good at trading card games. Eight different dogs have protected him throughout the years, and he currently has two cats who are furious they weren’t featured in this book. You can find him at calebzanehuett.com.