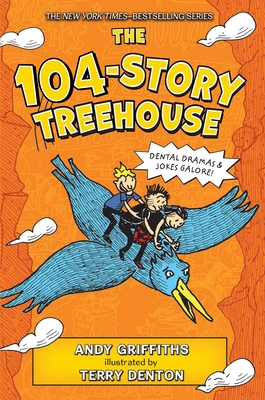 By Andy Griffiths, Terry Denton (Illustrator)
$8.99
Unavailable
Not Yet Published

This is book number 8 in the The Treehouse Books series.

When Andy has a toothache that hurts so bad he can’t write any jokes for their new book, Terry knows just what to do: buy a Joke Writer 2000™ to write the jokes for them! All they need first is some money from their money-making machine and then it’s off to the store. It’s a foolproof plan—a Terry-proof one, even!

"Twice the treehouse, twice the fun? You bet. . . . Denton's furiously scrawled line drawings milk the silly, gross-out gags for everything they're worth. Kids should be flipping pages faster than a pair of inflatable underpants can skyrocket the young heroes to safety." —Publishers Weekly, starred review, on The 26-Story Treehouse