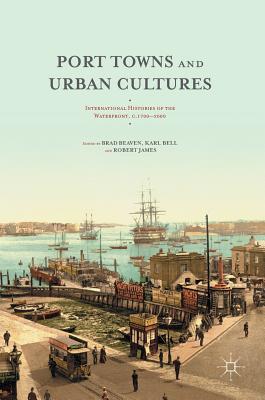 Introduction by Brad Beaven, Karl Bell and Robert James. - 1. Strangers Ashore: Sailor Identity and Social Conflict in Mid-18th Century Cape Town by Nigel Worden. - 2. 'Hail, Tyneside lads in collier fleets': Song culture, sailing and sailors in North-East England by Paul Gilchrist. - 3. 'They are without Christ and without Hope': "Heathenism", Popular Religion, and Supernatural Belief in Portsmouth's Maritime Community, c.1851-1901 by Karl Bell. - 4. Hey sailor, looking for trouble? Violence, drunkenness and disorder in a Swedish Port Town: Gothenburg 1880-1920 by Tomas Nilson. - 5. On the Margins of Empire: Antipodean Port Cities and Imperial Culture c.1880-1939 by John Griffiths. - 6. Encounters on the Waterfront: Negotiating Identities in the Context of Sailortown Culture by Tytti Steel. - 7. Ports and Pilferers: London's Late Georgian Era Docks as Settings for Evolving Material and Criminal Cultures by William M. Taylor. - 8. From Jolly Sailor to Proletarian Jack: The Remaking of Sailortown and the Merchant Seafarer in Victorian London by Brad Beaven. - 9. 'If there's one man that I admire, that man's a British tar': Leisure and Cultural Nation-Building in a Naval Port Town, c. 1850-1928 by Robert James. - 10. The Use of 'Local Colour' and History in Promoting the Identity of Port Cities: The Case of Durban, c.1890s-1950s by Vivian Bickford-Smith. - 11. To Be a Sailor's Wife: Ideals and Images of the Twentieth-Century Seafarer's Wife in the land Islands by Hanna Hagmark-Cooper. - 12. Hull, Fishing and the Life and Death of Trawlertown: Living the Spaces of a Trawling Port-City by Jo Byrne. - 13. Doing Urban History in the Coastal Zone by Isaac Land