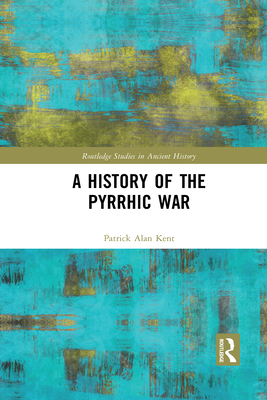 A History of the Pyrrhic War explores the multi-polar nature of a conflict that involved the Romans, peoples of Italy, western Greeks, and Carthaginians during Pyrrhus' western campaign in the early third century BCE.

The war occurred nearly a century before the first historical writings in Rome, resulting in a malleable narrative that emphasized the moral virtues of the Romans, transformed Pyrrhus into a figure that resembled Alexander the Great, disparaged the degeneracy of the Greeks, and demonstrated the malicious intent of the Carthaginians. Kent demonstrates the way events were shaped by later Roman generations to transform the complex geopolitical realities of the Pyrrhic War into a one-dimensional duel between themselves and Pyrrhus that anticipated their rise to greatness. This book analyses the Pyrrhic War through consideration of geopolitical context as well as how later Roman writers remembered the conflict. The focus of the war is taken off Pyrrhus as an individual and shifted towards evaluating the multifaceted interactions of the peoples of Italy and Sicily.

A History of the Pyrrhic War is a fundamental resource for academic and learned general readers who have an interest in the interaction of developing imperial powers with their neighbors and how those events shaped the perceptions of later generations. It will be of interest not only to students of Roman history, but also to anyone working on historiography in any period.

Patrick Alan Kent is an Adjunct Professor at Jackson and Mid-Michigan Colleges in Michigan, USA. His research interests include the development of Roman relations with the peoples of Italy in the fourth and third centuries BCE.
About Kobo eBooks