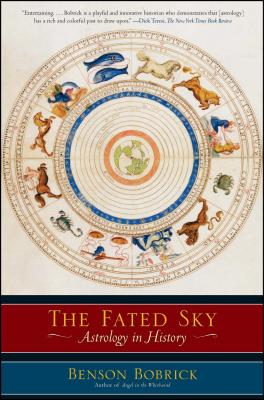 From ancient times to the present day, astrology has captured the imagination -- is it possible that human fate is influenced by the stars? Astrologers throughout the ages have advised the powerful, from popes to presidents to royalty, and their influence can be seen as a hidden history behind the great events of the past. In The Fated Sky, historian Benson Bobrick writes the first serious history of astrology and takes a fascinating look at its origins and impact on human events.

Astrology is the origin of science itself, as astronomy, mathematics, and other disciplines arose in part to make possible the calculations necessary in casting horoscopes. In earlier times, it was a science that won the respect and allegiance of the greatest thinkers and rulers of the ancient world, and eventually claimed adherents among the great astronomers of the scientific revolution -- Copernicus, Kepler, and Newton among them. Statesmen such as Churchill and de Gaulle consulted astrologers, and St. Thomas Aquinas thought astrology not incompatible with Christian doctrine. It is even said the Incas submitted to the Spanish conquistadors without a fight because their arrival coincided with an astrological prophecy. And astrology permeates our cultural consciousness, from references in the Bible and Shakespeare to expressions such as "ill-starred" or "lucky stars."

Rich in historical anecdote and astrological lore, The Fated Sky shows us that while the true power of astrology may be open to debate, the belief in its power has been -- and continues to be -- an enduring and intriguing influence on history and the history of ideas.

Benson Bobrick earned his doctorate from Columbia University and is the author of several critically acclaimed works, including Wide as the Waters: The Story of the English Bible and the Revolution It Inspired and Angel in the Whirlwind: The Triumph of the American Revolution. In 2002 he received the Literature Award of the American Academy and Institute of Arts and Letters. He and his wife, Hilary, live in Vermont.

"A cosmopolitan and amusing first look at a big subject."

"Entertaining....Bobrick is a playful and innovative historian who demonstrates that [astrology] has a rich and colorful past to draw upon."