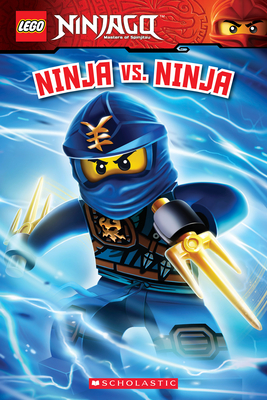 This is book number 12 in the LEGO Ninjago series.

The wisecracking Masters of Spinjitzu are back--but what will happen when they have to battle each other?It's ninja vs. ninja! This new LEGO(R) Ninjago(TM) reader is based on the hit, animated Cartoon Network show. The Tournament of Elements is heating up! Several Elemental Masters have been eliminated, but Cole, Jay, Kai, and Lloyd managed to defeat every opponent they've faced so far. But now Master Chen is growing suspicious of the ninja. He decides to mix up the matches. Now it's ninja vs. ninja-Cole vs. Jay! The two ninja have long been rivals for Nya's heart-and now they'll go head-to-head in the tournament arena. Only one can remain. Will it be Cole . . . or Jay?
About Kobo eBooks