Mary Poppins in the Park (Paperback) 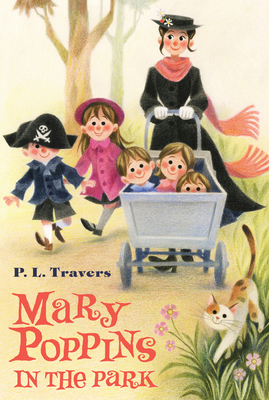 Who else but Mary Poppins can lead the Banks children on such extraordinary adventures? Together they all meet the Goosegirl and the Swineherd, argue with talking cats on a distant planet, make the acquaintance of the folks who live under dandelions, and celebrate a birthday by dancing with their own shadows. And that’s just for starters!

P. L. Travers (1899-1996) was a drama critic, travel essayist, reviewer, lecturer, and the creator of Mary Poppins. Ms. Travers wrote several other books for adults and children, but it is for the character of Mary Poppins that she is best remembered.

MARY SHEPARD (1910-2000) was the daughter of Ernest Shepard, illustrator of the Winnie the Pooh books and The Wind in the Willows. She illustrated P. L. Travers's Mary Poppins books for more than fifty years.

"As good as ever, and that's very good."--Providence Sunday Journal