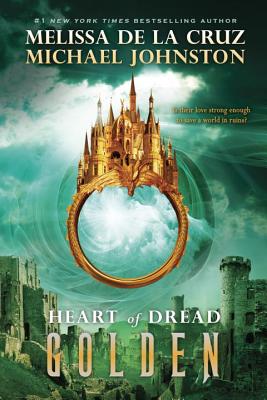 This is book number 3 in the Heart of Dread series.

Recast the spell. Light the flame. Make the world anew.

With the ruins of New Kandy still smoldering around them and Nat’s bond to her beloved drakon quickly fraying, Nat and Wes are lost amid a sea of destruction—with Wes at death’s door. Wes tried to save his sister, Eliza, and protect them from her cruelty, only to see firsthand just how dark her power had become.

Desperate to escape the dangers lurking in New Kandy, Wes accepts help from a mysterious voice calling out to him from the Blue, leading Nat and his crew into even more perilous surroundings. They quickly realize that their only chance for survival lies with Nat and the quest for a new world to replace their broken one—but at what cost?

In this epic conclusion to the Heart of Dread trilogy, Nat and Wes must put their love to the ultimate test in hopes of seeing their world reborn.

Praise for the Heart of Dread series

"Fans of The Hunger Games will no doubt enjoy sinking their teeth into this exciting book."--School Library Journal

"De la Cruz and Johnston score a hit. . . . Readers will find themselves completely immersed in the authors' dangerous world."--Kirkus Reviews

"Readers are plunged right in the middle of the action from the first page... an action-packed adventure."--Kirkus Reviews

"The concept of overlapping worlds on one planet will intrigue readers and raise philosophical questions about the nature of reality. The cliff-hanger ending assures readers that a finale is in the works."--Booklist

"Fans of the first book will no doubt be very happy with where this action-filled trilogy is headed."--School Library Journal

Melissa de la Cruz is the #1 New York Times, USA Today, Wall Street Journal, Los Angeles Times and Publishers Weekly internationally bestselling author of many critically acclaimed novels, including the Disney Descendants novels The Isle of the Lost and Return to the Isle of the Lost and Triple Moon: Summer on East End. Her Blue Bloods series has sold over three million copies, and her Witches of East End series became an hour-long television drama on the Lifetime network.

Michael Johnston is Melissa’s husband and co-creator of the Blue Bloods and Witches of East End series. The first book in his epic fantasy series will be published by Tor in 2017. Melissa and Michael live with their daughter in Los Angeles and Palm Springs, California.