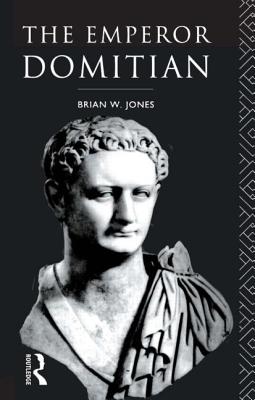 Domitian, Emperor of Rome AD 81-96, has traditionally been portrayed as a tyrant, and his later years on the throne as a reign of terror'. Brian Jones' biography of the emperor, the first ever in English, offers a more balanced interpretation of the life of Domitian, arguing that his foreign policy was realistic, his economic programme rigorously efficient and his supposed persecution of the early Christians non-existent.
Central to an understanding of the emperor's policies, Brian Jones proposes, is his relationship with his court, rather than with the senate. Roamn historians will have to take account of this new biography which in part represents a rehabilitation of Domitian.

Brian W. Jones is Associate Professor in the Department of Classics and Ancient History, University of Queensland, Australia. He is the author of two monographs on the Flavian emperors: "The Emperor Titus" and "The Emperor Domitian" and editions of "Suetonius: Domitian" (BCP, 1996) and "Vespasian" (BCP, 2000).
About Kobo eBooks