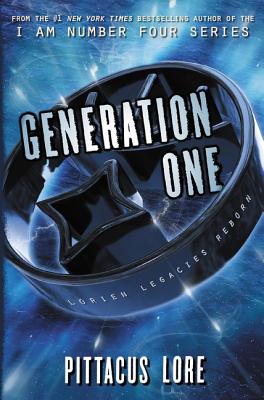 This is book number 1 in the Lorien Legacies Reborn series.

The first book in a pulse-pounding new series that’s set in the world of the #1 New York Times bestselling I Am Number Four series. The war may be over—but for the next generation, the battle has just begun!

It has been over a year since the invasion of Earth was thwarted in Pittacus Lore’s United as One. But in order to win, our alien allies known as the Garde unleashed their Loric energy that spread throughout the globe. Now human teenagers have begun to develop incredible powers of their own, known as Legacies.

To help these incredible and potentially dangerous individuals—and put the world at ease—the Garde have created an academy where they can train this new generation to control their powers and hopefully one day help mankind. But not everyone thinks that’s the best use of their talents. And the teens may need to use their Legacies sooner than they ever imagined.

Perfect for fans of Marvel’s X-Men and Rick Yancey’s The 5th Wave, this epic new series follows a diverse cast of teens as they struggle to hone their abilities and decide what, if anything, they should do with them. As a spin-off of the bestselling I Am Number Four series, those familiar with the original books and newcomers alike will devour this fast-paced, action-packed sci-fi adventure.

Pittacus Lore is Lorien's ruling Elder. He has been on Earth preparing for the war that will decide Earth's fate. He finished recounting the story of the invasion of Earth in the I Am Number Four series and is now ready to tell another story. His whereabouts are unknown.

PRAISE FOR THE I AM NUMBER FOUR SERIES: “Number Four is a hero for this generation.” — Michael Bay, director of Transformers

“I Am Number Four is a breathless page-turner. So gear up, sci-fi fans, the battle for Earth is on and there’s a new kid in town!” — Amazon.com

“There’s genuine suspense…. It’s easy to get lost in the world of the sweet teen from another planet.” — Chicago Tribune