Warriors: A Vision of Shadows #6: The Raging Storm (Hardcover) 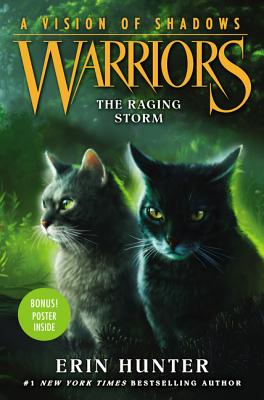 Erin Hunter’s #1 bestselling Warriors series continues with the thrilling conclusion to the Vision of Shadows story arc. This edition includes a double-sided jacket with a bonus poster!