The Princess Diaries, Volume II: Princess in the Spotlight (Hardcover) 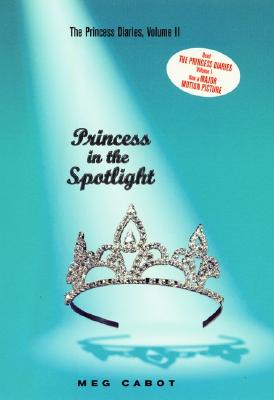 Just when Mia thought she had the whole Princess thing under control ...

Things get out of hand, fast:

Since Mia's the brand-new crown princess of Genovia, indomitable dowager princess Grandmere arranges a national primetime interview for her. With just a few innocent remarks, Mia manages to enrage her best friend Lilly, practically get one of her teachers fired, and alienate the entire country of Genovia. (Population 50,000, but still )

There's the havoc of the interview's aftermath and her dreaded princess lessons at the Plaza. Plus an unexpected announcement from her mother, and intriguing, exasperating letters from a secret admirer. Mia is swept up in a whirlwind of royal intrigue the likes of which hasn't been seen since volume I of The Princess Diaries.

What's an heir to the royal throne to do?